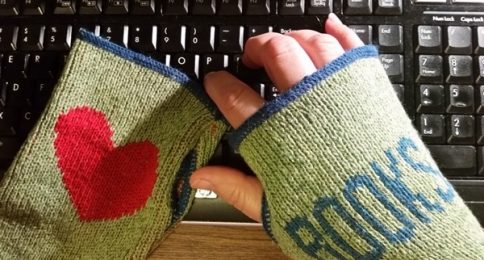 How much talking should there be in a sex scene?

If the characters are talking about their grocery lists during sex they’re either an old married couple multi-tasking or somebody isn’t having a good time. In both cases the dialogue says something about the characters, and I am a big believer that sex should illuminate the characters first and foremost, and it’s really nifty if it furthers at least one or more of the other key elements of the story, like the plot or setting. 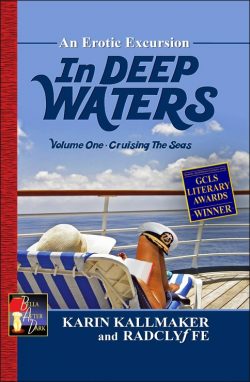 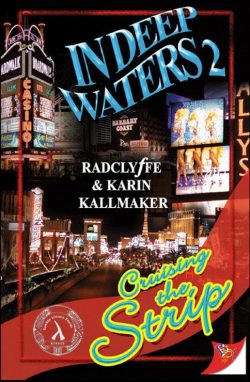 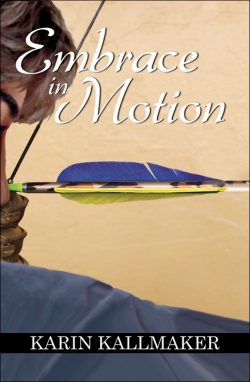 A couple of general issues have been raised around sex in romance novels. One is if it’s “necessary.” Depends on the story you’re telling, and I know that sounds like a cop out. In the novel where my two lovers don’t have sex (Embrace in Motion) I decided it would spoil the other tension between them. One woman had mistaken sex for love after a one-night stand at the opening of the book and her decision to wait, to savor the falling in love process, to let the friendship flower completely before moving to the next level, was the contrast I wanted to draw.

In the upcoming In Deep Waters I had a lot of fun with varied narrators. In one story an older woman (who is what Ann Bannon calls “revirginated” because she’s having her first sex with a woman) struggles with her lack of ability to describe and anticipate what’s happening. Rad uses the experienced members of a heavy metal band to pull out all the linguistic stops–her characters know what they’re doing and why and they can vocalize it quite earthily.

Talking? Back to the issue of dialogue during a sex scene. Well, it’s always a jolt to me that characters who seduce each other through talk suddenly stop speaking altogether. Sex is a negotiation, especially during a first-time encounter, and that negotiation doesn’t stop. A friend calls them “sweaty words” and a few well-chosen ones can continue the seduction past the undressing and all the way until the next morning. How much/how little–comes from the characters.

I’m afraid if I write a graphic sex scene, everyone will assume it’s autobiographical.

Trust me, readers WILL assume that you HAVE done everything you write about. Ergo, your only choice is to get over letting that stop you from writing the scene the way your intuition dictates. I didn’t write erotica for a long while because of that fear. Now, a well-timed eyelash flutter and quipped, “It’s called imagination” ends the speculation. I’m not saying what I may or may not have experienced, but I proudly claim my imagination.

But everyone wants to know if you’ve done that, um, thing in the book. I think mostly it indicates that sex is a common ground. We may not all talk about it but it’s a part of our lives and everyone has curiosity. But I also find that my frankness, at least in my fiction, is empowering to a whole lot of women who are dealing with all the variations of “nice girls don’t do…” and “real lesbians don’t do…” sorts of pressures.