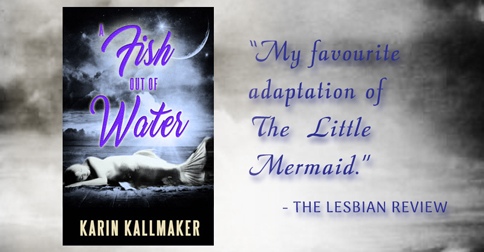 The Little Mermaid is one of those fairy tales I never understood. No matter how I interpret the original Hans Christian Andersen story I can only see the usual female who can have no value unless she is loved by a man. The Little Mermaid has no soul, and can’t enter heaven so she can’t be loved by God, the ultimate male.

Bloodthirsty bargains and torture abound, but all for naught. She’s unloved by the man and dead at the end. That’s right, in the original version the titular character dies. But it’s okay – in a later and disputed ending, the mermaid is promised that after 300 years of good deeds she will earn her entrance to heaven.

One way or another, being who she was born to be isn’t enough. She has to marry a man or serve men to have worth.

Before Disney’s animated success there was Splash in 1984. While holding onto a few of the Andersen plot points, the mermaid (Daryl Hannah) becomes the rescuer and the “prince” (the charming Tom Hanks) is the one who must change or die. For a romantic comedy it also touched on unreasonable fear of otherness and how brutally difference can be persecuted. There are people with no souls, and it isn’t the mermaid. For me, this version was a welcome change.

The Disney version from 1989 reverts to most of the original’s plot line, but it at least gives the mermaid a name and lets her live and find happiness – and has toetapping songs. Be honest, “Under the Sea” is stuck in your head now, right? Nevertheless, it still puts forth the idea that a woman must give up all that she is in order to gain love. Meanwhile, the object of her desire gives up nothing to make things work. I know the version is a favorite of many, but I’ve always been underwhelmed.

The Disney success and pleasing mainstream story line has since inspired even more adaptations. Happily, Guillermo del Toro is releasing The Shape of Water which dispenses with the Disneyfication and harkens more to the original. The Shape of Water is beautifully populated with unusual characters, good versus evil, exploration of “humanity,” and flipped scripts. Interestingly, del Toro talks of numerous inspirations for the film, but none of them are The Little Mermaid.

It’s an all-female society and there’s no lesbians? It was 2004 and I was sick to death of living on sub-text, and so were the other three contributors to the anthology Once Upon a Dyke. We wanted our fairy tales to be overtly queer, full of lesbians and to celebrate lesbian love and sensuality.

A Fish Out of Water is the result of my efforts to flip the story to the lesbian side. It’s never been available as a standalone before. At 33,000 words (about half the length of most novels), it’s full of magic, atonement, sex and sacrifice. There’s a curse to be broken and love to be found.

I hope you will find the story worth the plunge.

Truth in advertising: if you have the original version, you don’t need this one unless you’re looking to add it to your digital library all by itself.

Other purchase sites:
BELLA BOOKS, for and about lesbians 24/7
Other major online retailers – pick your favorite store