Instalove is a romantic story telling trope of long standing. It shows up so often in Shakespeare, for example, a person could think it’s how all relationships happened. The Romans invented Cupid’s Arrow to explain the irrationality of it (and to excuse a lot of rape, but I digress).

In The Little Mermaid, Mermaid falls for Land Guy cause he’s pretty or something. Land Guy is into someone else and it doesn’t go well. At least that’s how it goes in the original version, which is a cautionary tale about Love At First Sight, and, of course, there is no such caution in the Disney version. (See P.S. below.)

Why can you marry a man you just met according to a thousand years of stories? True love. Love explains all. 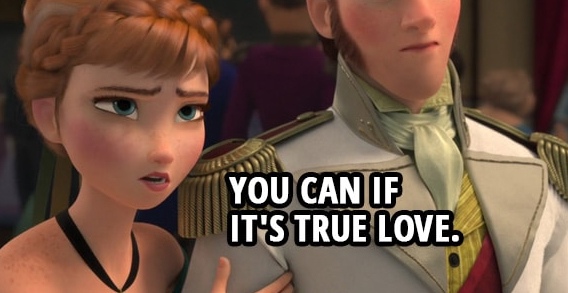 Anna has seen all the Shakespeare plays, obviously. But what if she doesn’t know what True Love is? Ay, there’s some rub for you.

This is How My Brain Works

I had several reactions to Elsa’s ultimatum: “You can’t marry a man you just met!”

My creative brain soup is hard to explain, but this is how story ideas begin. With conflicts and possibilities. Tropes that I want to subvert and change up to make fresh stories. This particular stream of ideas ended up with two women in Because I Said So delivering an ultimatum to the young people in their lives. An ultimatum that bites back.

Of course it’s more complicated than that. It’s me. It’s also a book about what really makes a family. There’s also Mahjong. I wrote more about that at the Bella Media Channel. 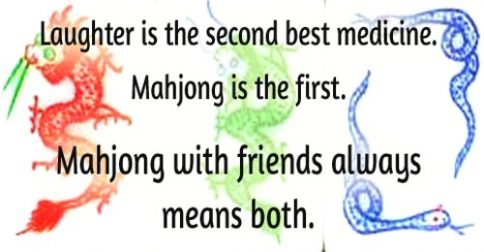 What I love most about Because I Said So is that I think it tells a story of real women playing and resisting the hands they’ve been dealt, and winning the ultimate jackpot in spite of them. Two women living in today’s precarious and imperfect world will always find a way through all the tropes and expectations to each other.

That path can be messy, and funny, and so very not straight. For me that’s always been the point.

Because I Said So is available in paper and eBook at BellaBooks.com and signed paperbacks are available from me if that’s your jam. It’ll also be available at all the other usual suspects in eBook form in a few weeks. Watch this space.

Place your pre-orders and thank you in advance for honest reviews! They truly help tell other readers if this is a book they’d like.

** Who’s the right woman for Elsa? Maybe this one, who is hot enough to melt all that ice. I mean, she is literally on fire. #MarvElsa anyone?

P.S. Fixed it for you with a darkly sensual lesbian version. Newsflash, for the record, the mermaid that Disney named Ariel can be lesbian, she can be black, she can be trans, she can be anything any person can be, plus whatever any mermaid can be too, i.e. imagination’s the limit and if your imagination won’t go there you might need to think on that.