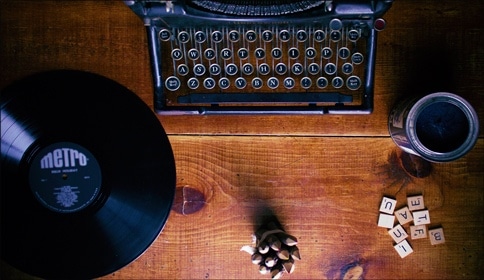 I know I fall into the more intuitive approach to creating characters and it’s a relief to know I’m not alone! I do take note of how different the strategies seem to be between those who write short stories, standalone novels and series.

Since I write mostly standalone novels (and when undertaking a series had to learn a few new tricks!) I get started with an idea of a moment in time that is pivotal. Like when a woman who thought she was falling for a totally together lover realizes the woman is a complete flake. Or in the act of cleaning the house realizing she’s become her lover’s grunt. Or walking in on her lover with someone else. More than once, coping with the lightning bolt of “ohmuhgawd I’m gay!”

Pebble in a Pond

That moment in time acts like a pebble in a pond and I think about how I want to portray that moment, what kind of woman would find herself in that situation, where she was the one minute before it happened and the one minute after. Where do the ripples go? Where did the pebble come from? Did she throw it herself? Expect it? Cause it to happen? Know it was coming but ignore it? Is it a complete surprise and shock? Answering those questions require building life history and a plausible backstory. That moment in time can be the first page, or the climax of the story, but from it the rest of the tale usually unfolds for me.

After that, it’s conversation and compromise. The character talks and I listen, well, that’s usually how I describe it. But it’s probably more accurate to say the character thinks and I observe. To be at that moment in time she needs to be a particular kind of woman and I probably already have an idea.

All of those answers lead to physical and emotional traits and patterns of speech and action. Once she’s a little fleshed out, I have questions that start to support the plot. The pebble in the pond happened. What does she have to learn to get from this moment to the happy ending I know she’s going to have? Is she capable of learning this lesson? Why didn’t she learn this lesson earlier? What trained her for this journey, what does she have to do for herself to take this journey and be ready for what waits around the corner? How will she face and handle setbacks? What is likely to trip her up? Where will she unexpectedly have a breakthrough? What could happen that will surprise her? 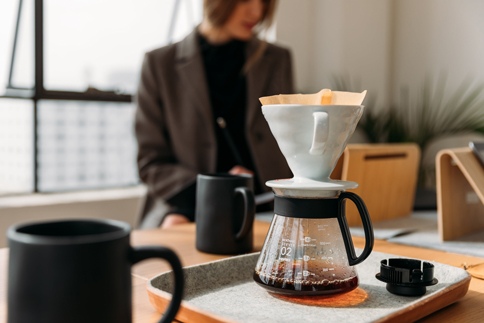 As an example, since this is a rather stream of consciousness process and all off the top of my head, if I wanted to set a novel around business betrayal and getting ahead for women today in the still mostly rich white male world… Let’s answer some of those questions from above.

Maybe the pebble in the pond is a woman walking in on a rival female doing something clandestine, and the information could be a way to win. It has to be used carefully. She’s an uptight stock broker. She doesn’t see that her desire to play with the big boys has made her unfeeling and left her isolated. She fails to notice small things that she considers beneath her or a waste of time. She’s intuitive about clients and rivals – smart, but not wise. She used to be very loving and open, perhaps she grew up in a warm southern family that she is now estranged from. Southern? Did she retrain her accent? Does she repudiate her upbringing?

She has no personal matters to talk about. Maybe she’s don’t ask, don’t tell. She can be very precise and clear in business, but has little practice talking about anything else. She listens only to what interests her and therefore misses much that’s between the lines. She enters her office by opening the door wide and pausing. At home she slips in, and locks the door behind her. She orders groceries and pays bills online.Her condo association has a fee-for-service concierge who will handle dry cleaning, accept deliveries and sometimes run other errands. She eats a lot of takeout, food is nutrition and exercise is part of the job.

She hasn’t stopped to ask herself if she likes who she is. When it’s quiet in a room, her mind is clicking through charts and graphs; she does not know how to relax and is suspicious of enjoyment for the sake of it; she is not sensual. (Not yet, anyway.) She has trained herself not to fidget, but under great stress she will. A person who wanted to read her might realize that when she puts her hands out of sight, she is trying to hide her stress level. (This thought starts to shape the woman who will learn to understand and read the stockbroker.) She plays golf with clients and colleagues, speaks golf fluently and hates it – oh, a fun scene could be her thrashing her clubs during an epiphany about how much of her life she hates.

So she has learned a good piece of dirt on a rival – likely the rival is the woman she’ll fall in love with. But maybe not (think about that later). What does she do with this information? How does she feel being in possession of it? She can’t just tattle, that’s not subtle and would come back to bite her and she knows this. She can scheme what to do, and in the course of it perhaps set in motions something far beyond what she intended – a dose of remorse could start a reexamination of her priorities and ethics.

Does she go home to shake it off? Does she remember how much she liked skinny dipping on a hot summer night? (Many plot opportunities here.) But some kind of detox will be essential for her to learn and change so that whomever it is that she falls for actually respects and wants her in return. Could be the southern girl she left behind…or that rival whose life she totally ruined.

Sorting Through Tropes and Clichés

And that’s about where I would start thinking about opening, the mid-point action, the three-quarter point pivot and the conclusion. That’s the extent of my outlining.

In the example above, there are numerous clichés, obvious foils and pedestrian plot points (going home again, for example) but as I mull and think about it I can shape this into more unusual and intriguing events. I don’t know much about stock brokering (and I don’t really want to know more), so probably some other profession. But the idea of discovering dirt on a rival and it leading to unintended consequences– yes, that could do quite well as a pebble in the pond!

What’s UNcharacteristic for Her?

Once I’m comfortable with what is characteristic for my heroine, I also know what is UNcharacteristic for her. I find that often a strong way to portray a character is having her do something she simply would not, in other circumstances, do. That provides great opportunities for her to question herself, her identity and mores, and as she questions those things, it’s easy to give essential backstory in a more intriguing way, fascinating the reader with examples of who the heroine isn’t so the reader can learn who she is. Or who she was, until that pebble fell into the pond.

Getting double the mileage, a single uncharacteristic act can start dominoes falling for the plot. For my uptight stock broker above, an uncharacteristic act could becoming to the aid of someone lower down in the ranks than her – but,in keeping with her character, she’s ashamed of her moment of empathy and weakness in helping out this other person. The person she helped, though, could be a late player in resolving plot issues, more unintended outcomes of a single act, this one generous instead of cut throat. I like that symmetry.

Oh – perhaps then lessons in present life karma could be a motif. This is probably the most thought I’ve ever given to how I develop character and I only thought about it because so many others gave such great examples of their own process.

Well, today I’m picking it over. All the cliches are glaring at me, I’ve remembered I’ve done the cold heartless business woman before, so what more could I have to say, I’m sure I’ve read this book by someone else and of course in at least one place I wrote “not” and meant the opposite, but then again, she can’t be who she is because of abuse as I just visited that topic extensively in Finders Keepers and I really do live in fear of writing the same book twice.

So I might chuck it all. But I’ve learned never to tell a character to hush up. They get even.

I meant to say before that one of the stumbling blocks of my approach is creating characters I don’t relate to, or who don’t “communicate” easily with me. I struggle with dishonest or vicious characters, for example. The worst trouble I had was when I crafted Bree Starling (Maybe Next Time) with emphasis on the fact that she literally could not express herself without her violin in her hand. Guess what happened when I took her violin away? She stopped talking to me, stopped talking aloud at all! Argh! I was stuck observing and trying to read her mind. It ended well, I think, and gave me the idea to have her speechlessness work as a device – she has no dialogue at all until nearly the end of Chapter 1 when, as a child, someone finally puts a violin in her hand.

The character I developed above didn’t make it to the page as described, but snippets of her, and the idea of an uncharacteristic act of generosity ballooning into unintended consequences survived in The Kiss That Counted.