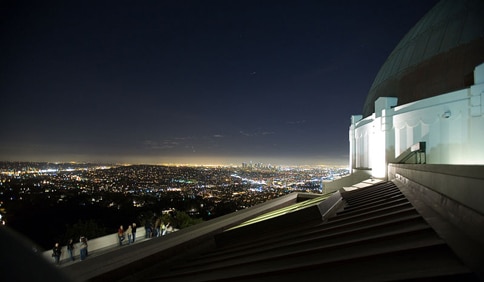 If I like a movie or show – it makes me laugh or cry or think, or has fabulous music – I watch it again. And again. To the point that my wife doesn’t really get it. However, she appreciates it when I can supply a pithy line at that right moment or a character name during trivia (Leonard Pinth Garnell, y’all, I’m just saying).

Ask me who won the gold medal in fencing at the 2012 London games and I take reasonable umbrage at the very idea I would be carrying that kind of information around in my precious gray cells. I would then pass the question over to Maria. And she will ask, “Which event in fencing, there are this many, here are their names and equipment and assessment of stabbiness, Men’s, Women’s, or Team,” and you may as well say you’re sorry for asking such an imprecise and obviously problematic question.

Hello, My Name is Karin and I’m a Sponge

Instead of facts and figures, I carry around quotes that I paraphrase as appropriate to any given daily situation. Trying to find someone in a crowd? “What’s your vector, Victor?” Ask me how to put an object to use? “I can make a hat or a brooch or a pterodactyl…” (Airplane!)

I’m a sponge.I’ve been sponging for decades. Full confession: my best stuff is compiled out of movies I’ve watched 54 more times than just about anybody.

Toast falls on the floor butter side down? “Now we see the violence inherent in the system.” Do something unexpectedly successfully? “Captain, there be whales here!” Or … 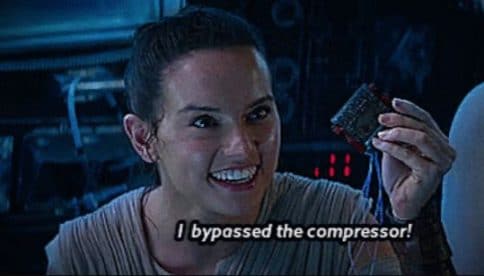 I can’t help myself. All in all, I think it’s not a bad habit for a writer to have, this sponging up thing.

Filmmakers love to make movies about L.A. Sometimes it’s because it’s less expensive and they can do limited time shoots with big names who are only a commute away. Other times it’s because of the love affair that Hollywood has with itself. It’s often with great affection for the eccentricities (Bowfinger, La La Land). Sometimes it reflects the brutality that underlies the youth-and-beauty obsessed culture (Sunset Boulevard, Star 80). Sometimes both (Once Upon a Time in Hollywood, Hail Caesar!).

A lot of my Los Angeles and Hollywood bits and quips of course made their way into Simply the Best. Here are some of them, and a few non-Los Angeles tidbits as well.

Axel Foley: Is this your car?
Jenny Summers (gestures at Mercedes): Oh, no. In Beverly Hills we just take whichever car is closest.

L’Idiot (lee-dee-yo) is a fictional restaurant where Maitre’ D Patrick Stewart examines your financial statements to determine if you can afford duck or must settle for the chicken. I love “Lidiot” as a name for any pretentious, overpriced eatery. 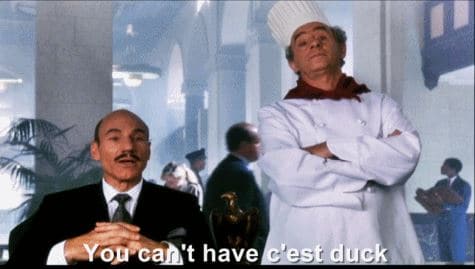 Because L.A. Story is a sweet, magical, and romantic movie full of satiric and insightful Steve Martin turns of phrase, along with affectionately goofy stunts by his weatherman character Harris Telemacher, I borrowed the character name. (Otherwise, most of the secondary and minor characters are named after auction winners and delightful readers. kisskiss loveyoumeanit.)

Jerry Renfro is a character played by Robert Downey Jr. The mere mention of the name makes all aspiring filmmakers and actors gasp with awe. I nearly name-dropped Kit Ramsey as well. I couldn’t figure out how to get “Fake Purse Ninjas” into a sentence, though.

An extensive scene in Simply the Best takes place at the Griffith Observatory (pictured at the top of this post with the view that Alice and Pepper memorably enjoy). Alice, having seen Bowfinger (and so should you!), appreciates that she’s standing in the place where the memorable ending was filmed. And of course admires the Astronomers Monument topped by an armillary sphere (way before Game of Thrones made them cool).

It’s got nothing to do with southern California, but it seemed exactly right for Pepper to explain the origin of her name with a touch of Mona Lisa Vito.

It’s the Bounce in California

Six women in skintight sleeveless blue dresses jaywalking a crowded boulevard? A man getting out of his car to fetch something from the trunk on the freeway? Tip of the hat to affection-for-the-absurd in La La Land, The Big Lebowski, and Clueless. Anything can happen in L.A traffic.

“I can do this all day.” Nothing to do with Los Angeles, but it’s stuck in my brain. Pepper tells herself this about work tasks. It means something else entirely when Alice paraphrases, “I can do this all night.”

Lord of the Rings

This has permeated my quips so much I don’t even realize when I do it. For example, when Pepper tells herself it’s time to “show her quality”? Hat tip to Frodo, who encouraged Faromir to do just that. Faromir gets the girl, so, you know, showing your authentic self pays off.

Both of my kids inspired moments in the book. Now adult grown up people, they’re like good movies, and I like to listen to them. When I needed a subject for Alice to read about on her phone while killing time, I looked up one of the elder child’s recent research papers.

UltraFast Laser Spectroscopy were the three easiest words to pull out of a much, much longer title.

Gaming references go to the younger child’s expertise. “Is it legit to say someone would be totes obsessed with League of Legends? K/DA is cool, right?” Yes, I was told, legit and cool.

I could go on at length on this topic, but I’m happy to let the music speak for itself. A title or very short phrase from these songs, in this order, appear from start to finish of the book, plus even a song at the end that plays over the credits that’s got nothing to do with anything except the director liked it.

I created the list on Spotify, completely focused on the lyrics, tone, and length of the version I chose. When I replicated it on YouTube with official videos and it was jarring that there were people were dancing to the music instead of Alice and Pepper. That’s just not right! Of all my novels, Simply the Best is the one that plays cinematically in my head.

Think you found one that I didn’t list above? Is there a pop culture reference that made you laugh? Post it in the comments below or send it in an email to entry4drawing@kallmaker.com and on September 15, I’ll drop your name into a drawing for an audio book code of your choice. Please avoid spoilers!