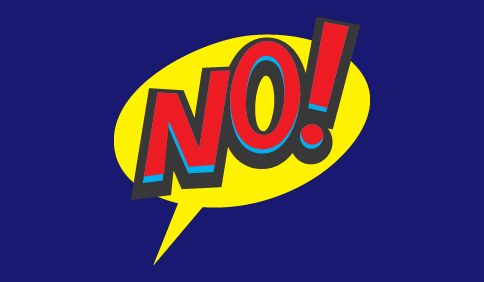 Nothing New Under the Sun

1/17/2018 Update: It’s hard to believe I wrote this blog going on nine years ago. Not only do I still get requests like the one below from New Acme, it’s gotten worse. Now it’s a continuous stream of offers to “crowd promote” and “create viral visibility” through a mailing-funnel-follower-stream a.k.a. unicorn dust magic a.k.a. trendy sounding method that has zero proof-of-concept.

The formula today is also even worse. The promoter takes no risk and gets paid upfront. The writer is encouraged to give the books away for free as part of the promotion, which means she’ll get paid at some mythical point down the road when those who got the book free buy books thereafter. It’s the New Acme offer from 2009, except New Acme 2018 wants me to pay them and they still get their click revenue from sources that may never pay me.

Unlike legitimate advertising arrangements where access to eyeballs is exchanged for money, imagine buying a newspaper ad where any activity from the ad always paid the newspaper and rarely you. Plus, you were told that your misgivings about the math were a lack of faith in your work or unwillingness to reach readers.

And so, so many of these offers really do say with seriousness that the best bang for your buck is paying them and making lots of sales at $0.00 each. My answer hasn’t changed: I don’t like that math. 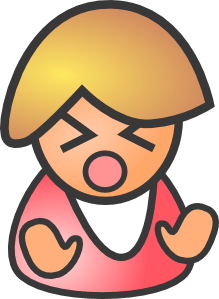 Why I Will Not Help You Sell My Books

I do believe I need to rant. Just a bit. It’s not my usual style, and I’m speaking to the writers who’ve been down this road.

Recently, another shopping site for books was created and I was invited to join. (I already have pages I monitor with varying frequency at five highly trafficked sites.) Let’s call this site New Acme. My books were already listed, so a lot of the work had been done for me. And such a deal they had for me!

I checked it out. I then asked for my books not to be sequestered as adult content. New Acme promptly fixed that but imagine what my books’ pages looked like with sidebar ads for adult content books. Picture Painted Moon with Wh#ref##kers and P##sy Freaks alongside.

To get the most from the service New Acme was offering me, the person who created what they are eager to sell, I needed to do just a few things. Create an author’s page. Add my videos. Photos. Background stories. And anything else that gives readers some extra content to encourage them to buy. Marketing material custom-designed for 30+ related titles.

Oh, and I would also be able to correct any errors. Oh, I could add a link to my web site.

Will I Get Paid?

I had no control over the links offered to the reader for purchase. No worries for customers, New Acme had decided to offer lots of choices. Top of the list of the choices was Amazon, no surprise. The second choice was eBay.

That’s right. You may want to step back and give me some ranting room.

After I invested the hours it would take to add marketing highlights to New Acme’s site, the first two ways readers would be encouraged to buy my books were prominent used book sellers. That means if someone follows a link from New Acme, New Acme gets paid. But what do I get? Nothing.

I wrote to New Acme, politely, asking why I would participate in sending my potential readers to sites where they would likely buy the books used. I would receive no royalty in return for my work on his site.

New Acme’s site owner promptly wrote back to me. He didn’t understand my issue with eBay. After all, everybody knows that used book sales would sell my new books. Why, he had completed entire author collections with used books, in fact bought 80% of his books used. It was the only way he could afford to have all those books.

Let’s review. He has paid for a domain, partnered with a data source for listing books and designed a site with a set number of templates to display the data from his source. He gets paid every time someone clicks a link to buy a book. He has not enhanced the pages for my books or found content about me to help sell my books that’s already free to him. He expected me to do that. Whether I got paid for my effort selling my books on his site wasn’t relevant to his model.

He didn’t understand why I didn’t get the marvelousness of his offer of this service to me. He’s just trying to bring good to the world selling books, a noble enterprise. I didn’t understand how he didn’t get that I don’t have time to help him make money with no guarantee of making any for myself. Yet, if those clicks to buy at Amazon and eBay didn’t pay him, he’d take them off. He’s no fool – he’s not working for free. After all, it takes time to run a web site, and skill.

It takes time to write a book, and maybe a little bit of skill.

So I Won’t Get Paid

So, putting aside my sincere belief in art for art’s sake, I am nobody’s fool either. New Acme’s initial appeal to me to join the site was expressed as doing me a favor. Broken down, the owner of the site got paid and I got a vague, unconcerned “someone will make it up to you later.” But his personal attitude toward book buying refuted his own claim of “so what if people buy used, you’ll sell new eventually.” It put many things in a nutshell. By his own admission, out of every 5 books he bought, only 1 was a new book. If used books sold new books, wouldn’t those numbers be, well, closer together? What happens if all his site users are like him?

When I do the math:

x does not equal y

It doesn’t even come close.

But I Shouldn’t Care

Yet, he didn’t hesitate to close with a guilt ploy: Surely I cared for my readers and wanted them to have the pleasure of my books, even if that meant they were bought used. My suggestion that I not work for free was selfish. I don’t love my readers.

Why am I the one who’s being crass about money but he is entitled to any marketing scheme or bargain he can find? And feels entitled to my enhancement of his site for free?

All people having access to books is good for the world – I totally agree. Readers want and need to be enlightened and entertained to get through their lives – no argument from me, I write to entertain. And because I have always written for women and women continue to make 70% of what men make, my audience has less disposable income. My publisher deliberately tries to hold the price of our books down to make them more affordable without cutting corners on their lasting quality.

Everyone Else Can Care Though

I have never had issues with womens bookstores and other small scale used book sales or book swapping. I love libraries and all that they represent. You throw the Internet and an organized search engine behind the process, then my ability to be charitable (isn’t that what giving something away for the greater good is?) is quickly exhausted. I cannot afford to write for free. I can’t afford to spend hours upgrading someone else’s site for free.

And for the record, Mr. New Acme and your superior sniff at my money-grubbing, I sincerely do want my readers to have the pleasure of whatever entertainment they chose. I write lesbian fiction as a personal choice. If it’s a ghetto, I chose it. It is not the road to riches, so if you knew anything at all about me as a writer, and not just a product to exploit with little effort of your own, you would understand that your inference that I was whoring art for my own monetary gain was offensive. You hath need of a mirror.

So I’m the One with Issues

Writers and artists who suggest that we are being taken advantage of while others profit from our work are too often told we’re lacking in graciousness and generosity. After all, my books are read. Lots of folks wish they were writers, but I actually get to be one. I should be grateful and feel lucky. Guess what? I do know I’m lucky. I feel honored and privileged. Unlike many writers, I know that reader’s lives are changed, sometimes even saved, by my books.

I have supported – worked for free – on behalf of charities, organizations, auctions, and so forth, because I belong to this community. I have lately acquired very nice awards to show for my efforts to write good and entertaining books.

Luck may be a factor but a lot of hard, diligent, grinding work is also a factor.

I sell my work for money just like a dentist or a house painter. I am a professional. That means I won’t work for someone else to profit from my work while I get nothing. That’s not what professionals do. If that means I’m not gracious or generous, so be it.

Go ask Stephen King, Amanda Palmer or John Scalzi if they’ll help you put money in your pocket for nothing in return. I’d pay to watch.