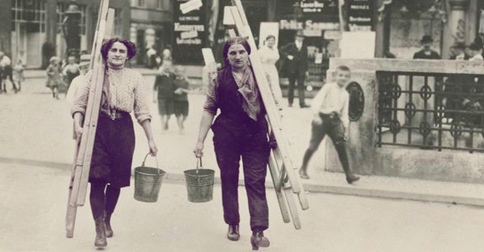 I’ve been thinking a lot about diaspora, a word I didn’t hear until I went to college. It’s very useful because there’s a whole lot of diaspora going on. It very generally means the dispersion of people into a new culture. It originally described the Jews out of their Israel homeland to new countries and cultures all over the world. The massive diaspora of Filipinos largely to the western US, for example, was one reason I was drawn to create Kesa Sapiro.

Diaspora has a long, persistent ripple effect. A smaller group of people emerge in a new place. The generations successively adapt into the new culture, which is itself changed by their presence. I think it describes the lesbian community and the gay rights movement too.

We Left Our Closet Homeland

Once I thought of the closet as a kind of homeland for many of us, the inevitable cycles of diaspora seemed more clear to me. The Lesbian Generation that moved from shadows to dyke march in a few short years immigrated from the-love-that-cannot-speak-its-name to multi-color rainbow visibility. They became the targets of all the usual suspects (many of whom are still with us today), but were also shunned by natural allies.

For example, “lesbian” was such a pejorative word that in the 1970s the National Organization for Women’s leadership didn’t want anyone (men) to think they were lesbians so they only used the word to describe the women they didn’t want as members.

It would be 1992 before a President of the United States would even say the word “lesbian” or any of the others that we chose to describe ourselves. When he did it felt like all the walls could come down.

I learned to say the word. Like me, lots of women my age had to practice. That word was a powerful claiming of a new homeland. It let us recognize each other, and gave us strength in numbers.

Fast forward a couple of decades and what do we get for our efforts? These kids today! They don’t want our word. One of the inevitable outcomes of diaspora is offspring who don’t honor the “old ways.” It feels like this is where we are right now.

#TheseKidsToday don’t speak our language and they don’t eat our food! They don’t know the way it was! And they dare to ignore us, and complain after all we did for them?!

Then there’s gnashing of teeth and shaking of fists. Millennials! *gnash* Bootstraps! *mutter* Avocado toast! An exchange on Twitter belittling the “ridiculous alphabet salad that LGBT has become” made me realize, OMG, some of us are turning into our grandparents who railed about the hippies, long-hairs, and uppity folk.

Intergenerational squabbling is one of the cycles in a community’s diaspora. We’re not experiencing anything new or unique as we mourn that young queer people don’t want to speak our language and never wanted to hang out in our bars or bookstores. It’s also resonating with the larger culture that has given us #okboomer and #millenialsnowflake. Are we going to go the way of bitterness and division?

If It’s Our Right, It’s Their Right

We seized our right to define ourselves and say it aloud. If we have that right, then anyone has that right. Rights are funny that way, being universal and all – if it isn’t universal, you’re not exercising a right, you’re exercising your privilege. Some of those who follow after us will use our words, but mostly, they’re making their own just like we did. So here we are, feeling overlooked, forgotten, and frankly, some of us are whiny about it and want to use our past to exclude and limit other people in the present and future. I’m not on board with that. 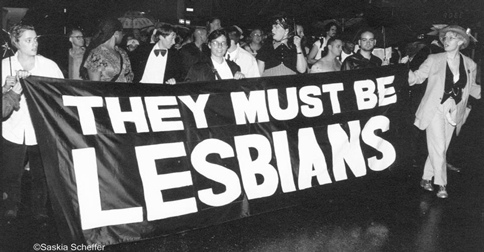 Isn’t This What We Wanted?

Isn’t that why we marched and struggled, and said the word? To reclaim it from hate? That those who came after us would live in a world where they were simply another way to be a human being?

Well, that’s what I wanted. So I’m not going to turn into that #okboomer #oldster complaining about #thesekidstoday. I’m not shaking my fist and wagging my finger even though it’s true: They don’t know how hard it was to open our closet doors. They don’t know what we lost to a plague. They don’t know that we built a foundation for equality from literally nothing, literally as criminals, literally labeled mentally ill. On top of that, a lesbian was a woman refusing to act like one and these kids today don’t know that a woman could be jailed for not acting like one.

That said, I have to be fair, some of them absolutely do understand the reason we learn history and how important it is not to forget it. They’re taking queer and gender studies, creating gay-straight alliances on campuses, and leading diversity networks in corporations, and more. When they describe their “new” process of community awareness building, and someone suggests they read Joan Nestle and recognize that, once upon a time, it was called “consciousness raising” some of #thesekidstoday absolutely do get it.

Perhaps even more of them will look back with an appreciation for our successes as they take their turn dealing with relentless, emboldened oppression. Lucky them, they get to deal with the new persecution called “Religious Freedom” (which is not to be confused with religion or freedom).

It’s Part of the Reward

Mostly, though, #thesekidstoday don’t know and they don’t want to know. Which, to me, is a big effing So What.

I celebrate that they don’t HAVE to speak our language, and they don’t HAVE to know the way it was. We did our jobs for LGBT civil rights as well as we could. We succeeded in so many areas, and more quickly than any of us dreamed.

These kids today? They are our proof that we did good. We changed the world. Guess what? Change is a double-edged sword. It always has been.

Did we do enough? No. Is it perfect? No. Did we leave people behind? Yes. Did we leave a bunch of stuff undone that people younger than us will have to address? Yes we did. Are some of them kinda pissed about having to fix our piecemeal equality while also trying to put out the planetary fire? You bet your sweet bippy they are.

Which is natural. After all, a couple generations after the shiny new U.S. Constitution was put into place there were #thesekidstoday saying it wasn’t good enough. Injustices continued. What were those old people thinking not fixing everything? Now we have to have a Civil War. Thx @FoundingFathers pls tell us again abt 1776 #okboomer.

Revolutions are only the imperfect beginning of change and progress. It’s a fact of human existence that — if we’re lucky — we live long enough to be criticized by those who follow us. Their criticism is part of the reward for our success.

By Any Other Name It’s Still Sweet

Younger people are using so many new words and ideas to describe themselves and the world as they find it, to explore their freedoms, to lift each other up, and find their whole, healthy selves. It does sting, for a moment, when a woman who exclusively partners with other women prefers something other than “lesbian.” It’s my power word, and I wish it were theirs. 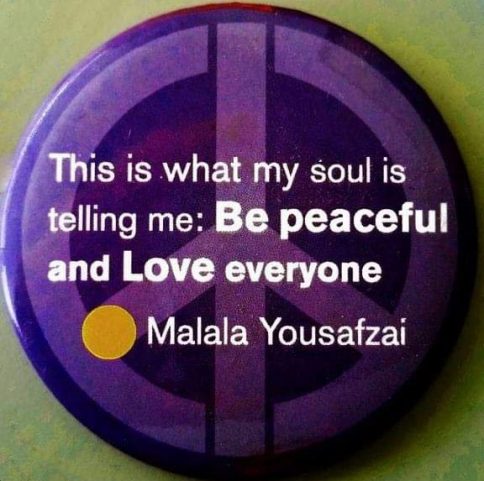 But I know we have to find solidarity and strength in numbers beyond our labels. It’s vital that we do because what we pushed out into the world, the revolution that we proved could succeed, will only endure, grow, and reach all queer people because of #thesekidstoday.

They are in every way as strong, brave, wily, and determined as we ever were, and they are more than up to the job of making real what they want to see in the world.