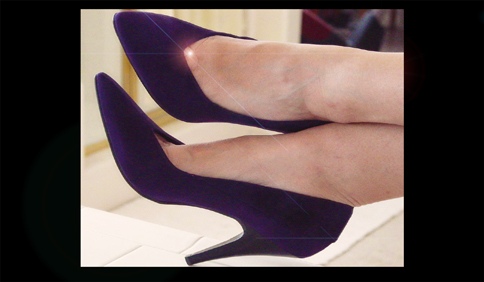 Sally Ride was a lesbian. She came out after her death. And I’ve seen far too many responses around the ‘net of “Who cares? Why do gay people have to broadcast it? This isn’t important.”

Sally Ride didn’t “broadcast” that she was a lesbian until after she died. And that was still not enough silence for some people.

I of course posted about Sally on my Facebook wall, once upon hearing the sad news and again when I read her obituary and about her partner who survived her. A female, straight, Christian, married Republican from Texas (all public information on her profile) basically repeated the sentiment again in response:

Who cares? Why do gay people have to broadcast it? I don’t tell anyone I’m heterosexual! That’s private. NO ONE CARES.

Of course it is simply wrong to say that no one cares. That’s just willful ignorance of reality.

Since she posted on my wall, addressing herself therefore to me, this is my answer to her, and to all the people who ask why we celebrate when a person who is beautiful, smart, strong, admirable or heroic comes out. I’ve only removed her name, and I kept all the typos.

Perhaps you’re unaware that the government cares very much that Sally Ride was gay. They’ve intruded into her life and death by withholding benefits that she and her partner would have received that every married heterosexual receives. After Sally’s death, Sally’s partner receives nothing. Heterosexual partners receive pensions from NASA. So it’s simply not true that no one cares. The government cares enough to penalize her for it.

Right now, today, there are kids considering killing themselves because their classmates think that they’re gay.They may not be, but some bullies decided to taunt the “sissy” or the “tomboy.” Those bullies care very much about who is gay and can make life a living hell with taunts, beatings and physical intimidation, until that kid can’t take it anymore. Well, today, that kid can maybe hear that a HERO was gay. And survived. Was happy. Changed the world.

That same kid finds out that Maurice Sendak, who wrote a book she or he loved as a child, was gay. And lived a long, very happy, very successful life. And realizes the bullies are temporary and there is a life worth holding on to ahead of them.

And by the way, your heterosexuality isn’t private. I’m sure you tell people all the time. You say it every time you utter the words “I’m married.” When you are introduced to someone new at church, how many minutes go by before you mention your husband? Sally Ride didn’t get to do that. Millions of gay people don’t get to do that, even in their own churches. Please examine your life and realize that because you are heterosexual you don’t even notice that you broadcast it to the world. Gay people censor themselves constantly. When they stop censoring themselves, it’s ironic that people respond “That’s private.” What they mean is “I don’t want to hear about who you are while I talk about who I am.”

I just clicked your Facebook profile. You state that you’re married to a man. If it’s “private,” why is that information set to public that any FB user can read? Sally Ride should not have her sexuality in public, but it’s okay for you? Why?

You identify yourself as a Christian. Do you never hear of a heroic act and learn the hero is a Christian and take pride in it? You have never pointed out their example to your kids as something to emulate? Are you never glad to see someone brave, smart or strong has something in common with you? And their example helps you carry on? I am personally very proud that Eleanor Roosevelt was woman, that Marie Curie was a woman. That Sally Ride was a lesbian.

Please open your eyes to what EXISTS. So many hateful and cruel people care desperately about who is gay and spread hate and violence. They carry signs in public with ugly words and ideas where my children can see them. They beat up other people’s children and leave them to die.

So gay people like me try to spread information and awareness and kindness. When you say that it’s private and no one’s business you’re adding to ignorance. I would like to live in a world where “no one” cares. I want my children to live in that world. But that’s not the real world. Yet.

But it is simply not true that NO ONE cares.

Because it’s actually very clear to me that you care.