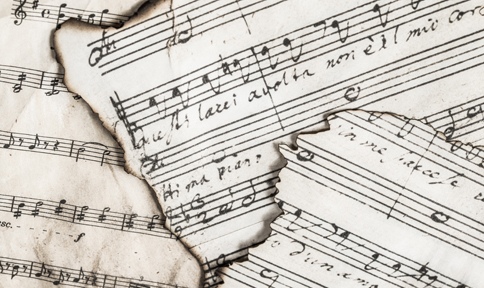 Song lyrics, combined with music, have the power to move our booties, exorcise demons, uplift our spirit and add poetry into any moment of our daily lives. It’s a natural inclination to refer to, quote from and honor words of others that move us. Frequently, then, the question comes up: can I quote song lyrics in my story?

This question is usually spurred by concerns over legalities, but to me the legal issues are secondary to the artistic concerns.

Not CAN You, But SHOULD You

The real question is not can you, but should you quote song lyrics in your story. My opinion is no, but with acknowledgment that there are exceptions. I’ll address those at the end of this article.

Saying that the legal issues are secondary isn’t meant to imply they don’t matter. Nearly all modern song lyrics are copyrighted. As someone else’s copyrighted material, they cannot be copied into another work without the legal right to do so. I’m a pragmatist and all the time and energy I could spend getting permission to use someone else’s work is time and energy I’d much rather spend writing.

There are fabulous lyrics out there, but it’s far simpler to let them inspire my own creative muses. Ultimately, given that permissions are a royal pain in the hinder, I think living without lyrics is simply a better use of my time. Add that a license to reproduce a song lyric can range from hundreds to thousands of dollars — heck, I can evoke that mood myself for free.

What if I really love a song and want to honor the songwriter by quoting those lyrics in my work? What if I won’t make any money from my work? What if I’m only posting it online?
You still must get permission or risk having to deal with legal complications — copyright infringement is not about making money off another’s work, but about making use of it. For a general introduction to the legal aspects of copyright — both protecting your own and not violating other people’s — search for these articles about intellectual property by Lori Lake:

In addition, you might want to understand the legal meanings of words like plagiarism, copyright and permission. A plain-English glossary of legal terms is available at www.nolopress.com and using their “Search Glossary” feature makes looking up particular issues simple.

This Stuff is Complex!

No matter how thorough a web site or how learned any layperson may be, these issues can be extremely complex; none of these resources is a substitute for legal advice tailored to your specific situation. I prefer to leave legal issues to lawyers, and focus my energy on writing. There are critical artistic elements that, in my experience, are truly compelling reasons to avoid song lyrics in fiction.

When I’m zooming along in a good story, it can stop me cold to be required to absorb a new cadence from an outside source. I wonder if I know the song or the performers. If I don’t, I’m frustrated and the lyrics become unwelcome noise in my reading experience. I skip them. I expect the writer to provide all the information, imagery and mood anyway. If she doesn’t, I’m even more at a loss.

If I do know the song, I think about the words. I hear the music. I struggle to read the lyrics at the pace to match the music. Maybe I go get the CD.

Whatever the result, I’m no longer reading the writer’s wonderfully paced work, that’s for sure. I’m now confronted with yet another person’s world, not that of the author. The bond between the author, the characters and the reader is snapped.

Second, Consider the Shortcut You Want to Take

When a writer says she wants to use a few lines form a song, what she usually wants to evoke is the entire song – music, performance and all. The lyrics alone don’t substitute for Janis Joplin’s grinding energy, the curl of Elvis’s lip or the melting rip in k.d. lang’s voice. They can’t replace a smoke-filled dive, a sweaty mosh pit or the cool refinement of a piano bar.

To fully realize the song’s impact, the writer has to invest energy in describing the music, performers, setting, style, rhythm, volume and so forth. If that effort isn’t put into the story, then the lyrics are being used not to augment but to substitute for what the writer isn’t evoking with her own words.

To say that another way, if song lyrics are vital to the reader’s comprehension and enjoyment, then in my opinion the writer isn’t doing her job as completely as she ought: someone else’s creativity is being used instead of her own.

If the writer has done her job with mood, setting, character reactions and imagery, the reader will feel the essence of the song without more than a passing reference to the lyrics. The song inspired the writer, and the reader no longer needs someone else’s verbatim words to bond with the story as the writer intends.

Last Reason for “No, You Shouldn’t use Lyrics”

While it’s harder to capture the mood and impact of a song without citing the lyrics, I think describing music is an excellent skill for any writer to fine tune. Using words to capture one of the five senses in its pure form is definitely challenging. Bringing a reader to appreciate a song’s meaning, musical qualities and emotional content without citing the lyrics is a creative workout that strengthens a writer’s skills.

To me, the harder I work as a writer, the easier my work will be for the reader to enjoy and absorb. So while I may want to quote the words from “Fields of Gold” because thirty of them do what is going to take me three paragraphs, I put my effort into making those three paragraphs as meaningful and powerful as I find the song to be. A scene that began with a reference to the lyrical Sting ballad eventually needed no reference to the song at all; I felt I had captured its melting sensuality, warmth and simplicity. The scene was definitely the better for the inspiration and so were my descriptive skills.

None of the above means that referring to a performer, a song or the lyrics isn’t possible and even enjoyable for the reader.

Done with precision and care, a reference can resonate with the reader and not distract. For example,

A spaghetti strap of Jane’s cocktail dress slipped off her shoulder. Eyes sparkling, she leaned forward to accept Nancy’s kiss
It was too chaste for Nancy’s liking. Inside her head she could hear sultry encouragement from Bonnie Raitt, so Nancy decided to go for it. Whispering suggestively against Jane’s lips, she said, “Let’s give them everything to talk about.”

Those who know Raitt’s “Something to Talk About” will glide over the reference with a little extra zing. But those who don’t know the song get every piece of information they need to go right on with the story. In both cases, the reader builds an impression of Nancy: she likes Bonnie Raitt, she’d like to make out with Jane and doesn’t care who’s watching. A nuance here or there could paint Nancy as a shy suitor or an aggressive Don Juana. Instead of Bonnie Raitt, change the example to a reference to the Sex Pistols. What would the reader know about Nancy then?

Certainly, when penning a story set within a community — say, the lesbian community — or appealing to certain kinds of readers — say, lesbians — an author’s well-chosen references to “our own” performers and songs can both illuminate and celebrate by creating a familiar, welcome bond.

These kinds of references can enrich characterization and background, but they need to be done for conscious and deliberate effect. A character that has stated she doesn’t like country music, for example, wouldn’t be likely to refer to Johnny Cash lyrics. A character that adores opera might often refer to themes or motifs in specific operas as she confronts issues in her life.

Of Course There is an Exception

Quoting something unprotected by copyright, that is in the public domain means that copyright cautions don’t apply. In that case, while one may be free to quote the lyrics in question, the real test is still whether that’s truly necessary. Do these lyrics add to characterization and mood? Sometimes the answer is yes, in particular when the lyrics may be unknown to the reader.

As an example, in my Tunnel of Light series, the characters are deeply influenced by the religious music of Hildegard von Bingen, who died in the twelfth century. Her repeated imagery of blooming flowers, verdant gardens, dripping honeycombs, sacrificial blood, sacred love, unbearable yearning for another, and the uplifted voices of fervent virgins have all influenced the series. In a few cases I’ve quoted the original Latin and provided my translation. The actual quotations are sparing; I tried to live with the bare minimum and used what I did to evoke the medieval phrasing of that time period.

The themes of sacrifice, higher love and women in community I’ve used heavily, as well as the imagery of flowers, blood and unrequited desire. In some cases I wrote new lyrics for my pre- and re-incarnations of “Hildegard” that emphasize the mythic lesbian subtext I find in her work. I share that information as proof that every rule was meant to be reflected on and, perhaps, carefully and consciously broken. I’ve tried not to use more of my own “Hildegard” lyrics than I have of the real ones.

I still want the reader deeply bonded with the characters and not a handful of phrases that could break the mood. The lyrics are just a small part of a larger background canvas on which my story is painted.

As authors, we’re free to write our own song lyrics and put them in the mouths of our characters. In those situations, the same concerns (distraction to the reader, broken pacing and substituting only lyrics when an entire performance is what’s needed) should be considered.

My own inclination remains that less is more.There can be circumstances where either legal issues may be moot or the motif of a song you can get permission to quote from is so tied to the story that presenting the lyrics would actually help the reader. If either of these instances is the case, be prepared to stand your ground with documented proof of your right to use the work. Publishers do not want to print a work only to have to destroy it because it contains copyrighted material used without permission. Frankly, the presence of lyrics in your manuscript may make a publisher reject it out of hand — why begin your quest to publish your work with a significant strike against it?

Fertile Creative Sources are All Around Us

The glory of sunrise on a grove of goldenrods, the sensual softness of a freshly washed baby or the passion of a ballad that rips our hearts to bits. Songs, or any work by someone else, for that matter, can be creativity-provoking. Why be distracted by legalities when channeling that inspiration into our own words is far more rewarding? Delighting, intriguing and ensnaring the reader into our stories is the point of our hard work, isn’t it?

Allowing inspiration from all sources to blossom in our work is worth the creative struggle; it’s where a writer’s focus belongs.