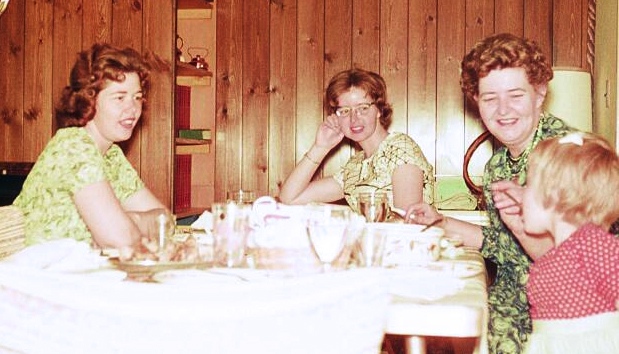 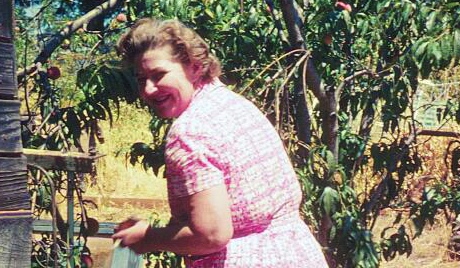 My maternal grandmother, Marie, was a baker. I was very little but I remember going to the county fair one year and instead of going to the rides, we went right to the venue for the baking competition. My grandmother said, “Well, I’ll be,” at the sight of her name written on a huge piece of butcher paper tacked to the wall.

She’d won the prize for All-Around Best, well, Everything. She won two more times in subsequent years. This happened later in her life when baking was a serious hobby. She’d learned to bake through pure necessity in rural Oregon and California. She had no car, the stores were always a long way off, and you made meals out of what you had. She once told me that in WWII during rationing, with only two kids she always had shoe coupons to spare, and she would trade them for sugar coupons. That meant she could put up her fruit crop for winter, and even if the main meal was lean there were treats.

Why Food is Romantic

My mother made spaghetti for my father on one of their earlier dates, so one family story goes. He raved about how wonderful the sauce was, something my mom didn’t understand as she’d made it from the French’s seasoning packet. (She understood later, after she’d had his mother’s cooking, but I digress.) He says he made up his mind right then that my mom was a keeper.

But the deal was really sealed when he went home to meet her parents, and he had my grandmother’s Sunday dinner complete with pie. He knew he’d fallen into the good gravy.

As if that weren’t romantic enough, my grandfather once told me that he had worked at the sawmill with a lot of single, young fellows who were always talking about their big plans for Friday and Saturday night. Come Monday lunchtime they were watching with envy as he unpacked his lunch pail, which had dessert from Sunday supper right on top. And maybe underneath a pasty that was still warm. I asked him if he ever shared and he said, “A bite sometimes, to encourage them to settle down.”

Every Bake was a “Technical Challenge”

Marie’s recipes were a few scant lines, like the technical challenge on the Great British Baking Show. Whisk the wet, add the dry and bake. Right. A visit with my grandparents always meant cookies, a cake, pie, crisp, or a cobbler, often with fruit from the garden she kept, and determined by how much of what she had on hand.

Sometimes – only sometimes – she’d shape some of her freshly risen potato bread dough into pieces about the size of half your hand, and fry them in butter on the griddle, calling the heavenly result Dough Gods. I burned my fingers more than once grabbing one from the plate the moment it hit the table – I was the littlest cousin and the big kids had really long arms! She always served dough gods with a pot of navy bean soup. How good was it all? It was the only time my father would eat navy beans, having been in the Navy.

I’ve told you all those bits so I can tell you this yesteryear Thanksgiving Day story.

And Now for the Whipped Cream Story

The running joke at family gatherings was the fight for a slice of my grandmother’s pie. There was always enough, yet suspicion was rampant that someone would take more than their fair share. We had a flat No Excavating rule. That meant when you got your slice of apple or peach pie, no scooping out a bit of the fruit from under the crust of the adjacent slice. Getting caught excavating could lead to dire (mostly unspecified) consequences.

Grandma’s pie was epic-a-licious. The crust was made expertly with lard. She often complained, after the world decided that lard was the worst thing ever, that her crusts were never the same. They still tasted plenty good to me. Family legend has it that my aunt is the only one who has ever come close to duplicating my grandmother’s pie crust. This photo is (l-r) my aunt, mom, grandmother and that’s me sampling something my grandmother is offering. Like my dad, I’m no fool. 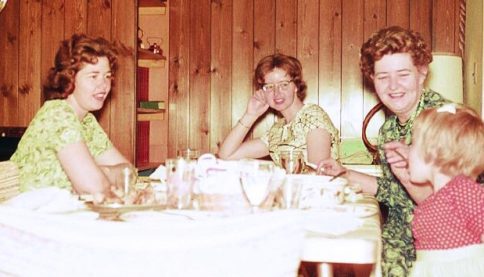 So at the holidays, as you can now imagine, there was a lot of anticipation for my grandmother’s pumpkin pie. She always said it was the recipe off the can of evaporated milk (something like this, perhaps), but nobody else got the same results using that recipe. She kept a magic something in her cupboard. (That magic whatever has been the inspiration behind my novels that feature cookery, like Sugar. I don’t have the magic touch, but since I know what that magic extra something tastes like, I can write about it. I sometimes have the courage to try something new, too. Thanks, Grandma!)

This particular Thanksgiving was at our house, and after the meal the pie was set out on the counter, ready to be devoured when there was consensus that enough time had elapsed since dinner.

The Physics of Excited Compression

After the fact, the events that followed were reconstructed from the admissions of various family members.

The first piece of pie plated went to my grandfather. Yes, he wanted whipped cream. He seized the can, gave it another couple shakes for good measure, turned it upside down to put the tip near the pie, pressed down, and the whipped cream cut the slice in half.

The stream of high pressure whipped cream continued across the counter and up the wall, leaving a stain that no primer, paint, spackle, or wallpaper ever successfully covered.

If I remember correctly, nobody wanted to wait for the cream to calm down, so we all had exploded pie. And it was delicious.

I haven’t taken a poll, but I’m pretty sure all the grandkids would give a body part to have another slice just like it.