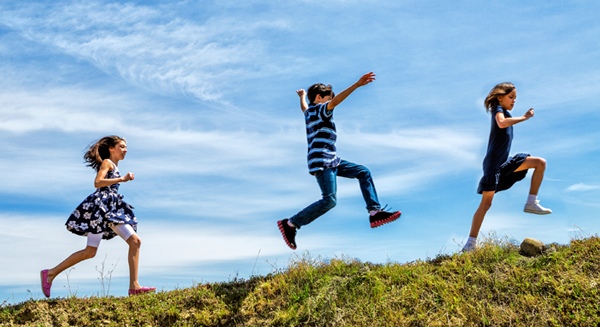 My mother brought little gifts and small books for toddlers at birthday parties, because little kids sometimes don’t get that the day is about someone else. Older kids, including hers, should know better.

Imagine being a completely grown up person who insists every party be about them and, if they aren’t, then birthday parties are unfair.

Time for Time Out?

I’m exhausted. Drained by abusers, by bullies. By liars, racists and gaslighters. By science deniers, and most all, white people pretending they’re adults while they play with guns and the health of other people. Exhausted by people who always want to be the birthday child. When you say “but all lives matter” that’s what I hear. That you need someone else’s party to be about you.

But it’s not a birthday party that’s going on all around us. This “party” is about being killed at a traffic stop. Hunted when out jogging. Dying in a holding cell. Oh wait, that’s not what you mean when you say all lives matter, is it? You don’t want that party to be about you, do you?

This “party” is also about thousands upon thousands of people being sick for months, possibly dying or left permanently disabled, wiped out financially, and long-term unemployed because some toddlers who look like adults refuse to wear a mask for 15 minutes in the grocery store or stay away from other people like everyone has the plague, which they actually might. Or sitting at the top of all their privilege, forcing their presence on other people wearing only what protects themselves, but not a mask to protect others. 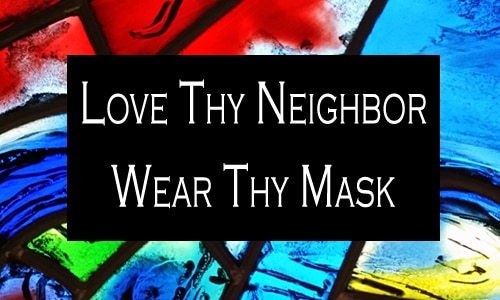 White people, stop acting like children who were never taught to be kind. Not to hurt people. To accept some inconvenience to help others. Not to blow smoke in other people’s faces, or breathe out your potentially deadly germs on them.

And I’m very much aware that the people who need to hear this message aren’t listening to me. So now that the venting is over, I’m left with questions I’ve been asking myself these past few weeks, few months, and past few years. And a mish-mushy of answers.

Maybe I am Still a Child?

What if the resistance I’ve felt in the past and still deal with in the present, this automatic reflex to look away from racism doesn’t stem entirely from self-serving ignorance or ingrained white privilege?

I’ve been thinking about the few incidents in my childhood where I witnessed an adult hitting or screaming at a child. One incident was a teenage boy instructed to pour his father a beer, and he didn’t do it right. A tirade and slap were delivered in front of company.

I’ve never forgotten it – it’s one of my earliest crystal clear memories. Here’s what happened afterward: I looked away and conquered my fear and queasiness, and for years postponed acknowledging the truth that if that happened in front of guests, it happened a lot more when there were no witnesses. Later, my mother made a point of telling me she didn’t think what happened was right or in any way deserved. We never spent much time with that family again.

Abuse traumatizes all who witness it, not just the person it lands on.

While the circumstances around the 1964 murder of Kitty Genovese were exaggerated and misreported for years, it doesn’t change the fact that as a girl, teen, and young woman “nobody helped” was internalized as truth. I learned over and over how to keep my physical and mental distance from the ugliness of much of the world, to look away. How to conquer my own fear and queasiness at the evil people do to each other.

What Childhood Lessons Am I Still Carrying?

A long ago employer held annual conferences, and in my early twenties trying to navigate in an almost exclusively white older male world I listened to everything around me. I was too naive, at first, to understand what they meant when, in answer to where one man was, another said, “Over by the bathrooms of course.” There was uneasy laughter, lots of eye rolling. A couple of conferences later someone put it more bluntly: That guy needed to be told to stop hanging around outside the women’s restroom.

It seemed he had a habit of waylaying women, especially women who had retreated to the restroom to escape him.

Someone finally did tell him to knock it off. But not until after he’d served as president of the organization. Women were losing out on socializing and making contacts in the industry because they had to hide from him instead. His behavior was no impediment to his rise in the organization. I seethed when I put it all together, and feeling powerless, I made myself look away.

Am I Ever Going to Grow Up?

I think it’s part of the human survival instinct to compartmentalize upsetting events, and extrapolate them into habits of self-preservation. Being able to do it successfully is a kind of privilege, yes. It is also a way to cope with the sheer magnitude of it. I don’t think I’m alone in knowing intellectually that 3 out of 4 women have been sexually assaulted and having to push that knowledge into a place where rage and despair don’t derail me.

I know that bullies, racists, and harassers rarely get the justice they deserve. Or justice comes too late. Sometimes they’re elected president. Sometimes a movement, like #MeToo, takes some of them down. 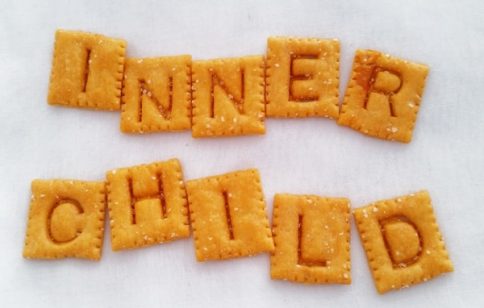 So I learned well how to look away, conquer my fear, and fight down my queasiness. Those skills learned in childhood were honed all through my life. And they have and continue to tell me it would be so much easier to look away. Racism is social abuse of a group of people, it’s massive, unrelenting, brutal, murderous, and it pushes that same impulse, to look away.

I’m neurotic enough to wonder if my inability to unknot systemic sexism from systemic racism is my brand of intersectionality or another mind ploy to look away, sort of.

But of all the things I can do, what I do best is build worlds where there is hope and survival, love and kindness. And I can do a much better job of showing those worlds with black, brown, and indigenous people in them. Life makes art makes life. If there is one thing I know about myself it’s that, while it may take some time, eventually the words will be found to reflect what I see in the world and create what I want to see in the world.

#BlackLivesMatter movement brings righteous, furious energy to take down racists, and a racist social structure that celebrates racists, hides racists, allows racists to gaslight, and looks away from racism. To destroy social imperatives that separate us, and amplify our fear of being unsafe, alone, overwhelmed, and exhausted. To upend a way of life that encourages everyone to always look away. Finally, for eight minutes, the entire world couldn’t look away.

#BlackLivesMatter has forced hard conversations and self-examinations throughout my larger circle of friends and organizations about laws and norms that embed racism into daily life and allow it to permeate our work and industry. It has renewed my commitment to lift up and amplify black voices and black storytellers in the small ways that I can, because many drops make a tidal wave. That reminds me, when you finish here, check out Renee Bess’s blog Excuse Me While I Burn a Few Bridges*. I promise, she’s way more succinct than I am.

#BlackLivesMatter has shown me, in this weird and wearying pandemic, that racism doesn’t social distance and racists aren’t even bothering to wear masks. #BlackLivesMatter has made me feel safer and given me words and ideas to express my feelings about racism, and other evils that I’ve compartmentalized for years. I’m learning, and learning to listen.

Which is why “all lives matter” is not only racist, and self-centered, it’s useless. It doesn’t ask anyone to do anything about diddlysquat. It doesn’t even tax the brain. (I could insert here a long-remembered lecture in college that explored how “Black is Beautiful” changed our mental status quo by forcing new neural pathways between concepts of beauty and skin color. But I won’t. You get the drift.)

This is the drift: 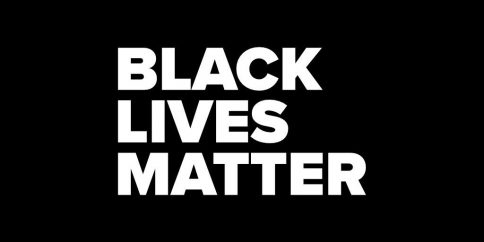 So Here’s Looking at You

Bullies, abusers, racists, especially in gangs, especially empowered by law, and backed up by weapons, is not something I alone have the power to change. I have to accept that I don’t have the strength, capacity – call it what you will – to see everything. I have to choose how to spend my energy and make it count while I continue to learn how to cope with the queasiness and the fear, and the disgust.

So I’m looking at you, bullies, racists, abusers and you childish, selfish white people. I see you. I will sabotage you if I can. I will resist you. I will not be counted among you.

I implore anyone who skipped over all the above and hopped down to here because they’re queasy and afraid and defensive and thinking “but I’m not racist” – please, comfort that child inside. That little person was powerless when you learned that abuse happens and people you trust don’t or can’t stop it, and that most bullies win.

That little person is still there as you deal with reality: that many men don’t take no for an answer, that insanely wealthy people expect us to die for their money, and cops kill black people more often. All the while deeply embedded systems exist to let them cover up their evil or simply get away with it, unashamed.

You’re not powerless now. Get to work, please. Other people have their foot all the way down on the gas. You need to get in the ride, buckle up, and join the parade.

Black lives matter, and until they truly do, it damages all of us, and our children, and their children. You only have to look as far as that rally in Arizona where several thousand college kids, nearly all of them white, to see that for them, racism is a feature, not a bug.

Look at them. See them and all like them. Don’t let them count you one of them. It’s hard, but among many hard truths we are all facing, it’s essential.

* My mention of Renee Bess does not mean she endorses anything I have to say.